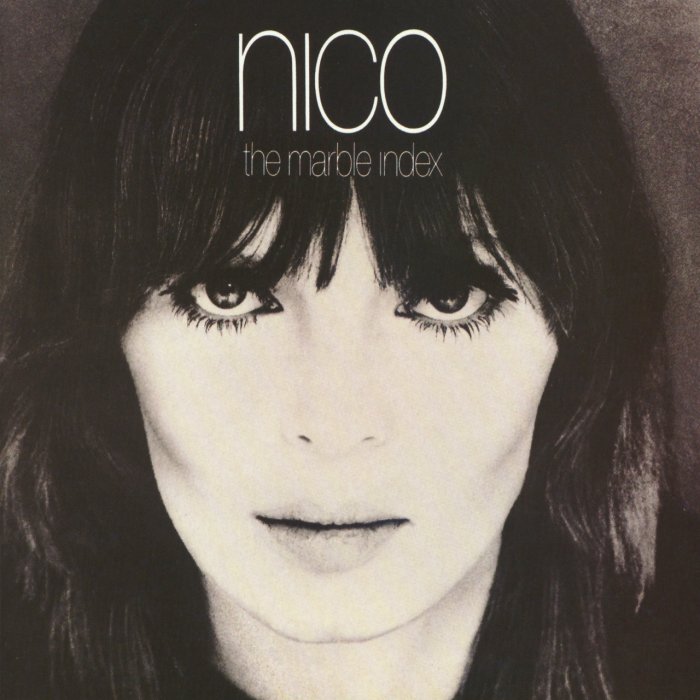 Although she had been a presence in the New York’s downtown music scene in the ’60s, Nico didn’t begin writing her own songs until late 1967. Dismayed at the finished product of her first solo album, 1967’s Chelsea Girl, she started to pen her own poems, exploring the truth of her own experiences and putting it to haunting harmonium music. Rejecting the Warhol Factory persona that had given her fame, if not artistic satisfaction, Nico allowed herself to outwardly display her inner darkness: she stopped dying her hair platinum blonde, opting for dark red instead, and took to wearing all black. Though many critics believed this was a character she was adopting to make the album seem more authentic, what they were actually seeing, along with the rest of the world, was a free woman. Here was an artist giving herself the room to turn her own reality into art, no matter how messy, dark, and frightening that reality could be. For a woman in 1968, this wasn’t just an odd rarity; it was trailblazing.

Cited by many as the first goth album, The Marble Index went on to influence a number of artists in the goth rock movement that grew out of late-1970s post-punk, including Siouxsie and the Banshees and Bauhaus. Within her strident, discordant, and atonal sounds, Nico created an album that carved out a place in mainstream commercial music for artists, notably female artists, who express because they have to — even if you’re not sure that you like what you hear.

In this episode, we unpack the album’s influences and lasting influence, both Nico’s triumphs and and her myriad problems, and just what makes this album so difficult for many to listen to.

Further reading:
Made You Look: On Beauty, Ugliness, and Nico (ed. note: If you only read one of these pieces, wowwowwow make it this one) | The Ringer (August 2018)
7 Musicians Reflect on Nico’s Enduring Influence | New York Times T Magazine (August 2018)
Thirty Years After Her Death, Nico Finally Comes Into Focus | Pitchfork (April 2018)
The influence and tragedy of Nico | i-D (March 2017)
Nico and The Marble Index: “She hated the idea of being beautiful” | Uncut (October 2015)
Nico: Facing The Wind – The Marble Index trilogy | The Quietus (January 2013)
You won’t enjoy Nico’s album, but it’s good for you | The Guardian (October 2008)
The Frozen Borderline: 1968-70 deluxe reissue review | Pitchfork (March 2007)
Your Shadow Is Scared of You: An Attempt Not to Be Frightened By Nico (ed. note: This is some Lester Bangs goodness) | New Wave Rock (1978) 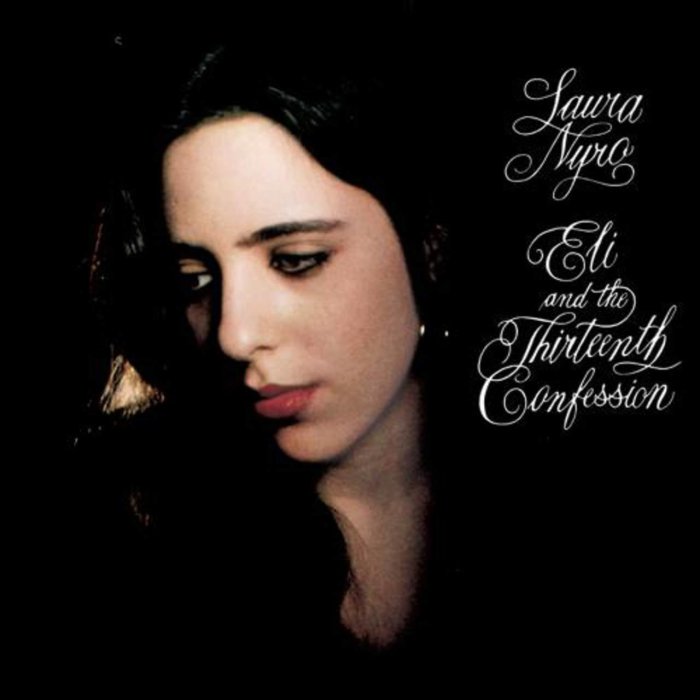 The source of inspiration for her peers and generations of songwriters to come, Bronx-born Laura Nyro has a legacy that has only grown in legend and mysticism since her untimely death in the early ‘90s. Lauded by Carole King, likened to Joni Mitchell, and emulated by some of today’s cleverest singer-songwriters, her style was singular, speaking of and to the female experience in a way that was at once specific and universal, relatable and abstract.

In this episode, we comb through her 1968 album Eli and the Thirteenth Confession, a collection of songs so rife with evocative imagery and sense of self that it brought up many of our own memories, connections to our own experiences as young women in 2018, and of course, musical earworms. For a 50-year-old album recorded and produced by a 20-year-old girl, this prodigious record still remains astonishingly relevant.

Listen to Eli and the Thirteenth Confession: iTunes | Spotify | YouTube