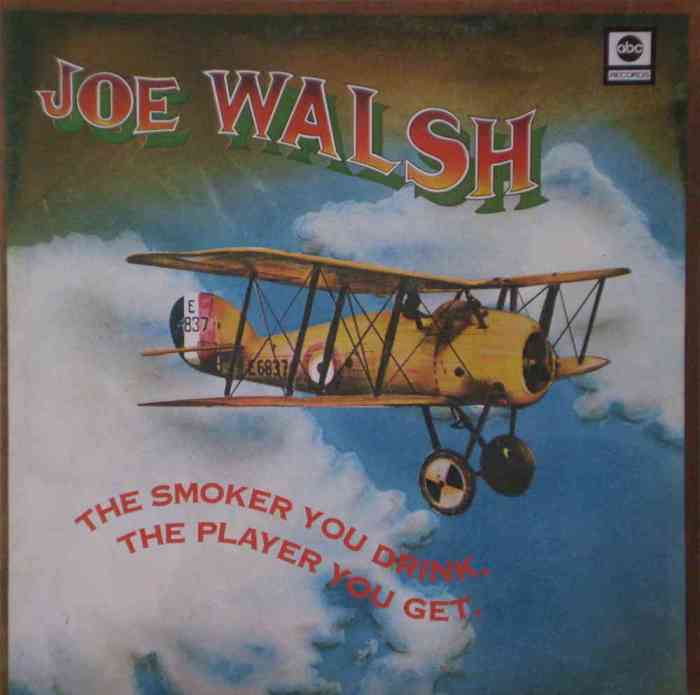 In the 2013 documentary History of the Eagles, the late Glenn Frey describes his bandmate Joe Walsh as “an interesting bunch of guys.” The statement is meant to be comedic relief, there to set up the story of how the wild, unpredictable Joe Walsh — the one famous for hotel room trashing antics — ushered in a new chapter of the Eagles’ late-70s hedonism. But, if you take a closer look, the description rings true for his musical sensibilities, as well.

Few places can it apply more aptly than 1973’s The Smoker You Drink, the Player You Get, Walsh’s second solo album in collaboration with his band Barnstorm. Though the album would come to be remembered mostly for its lasting arena rock hit “Rocky Mountain Way,” Walsh explores all of his musical personalities, from the dad rock shredder to the softer, more introspective, singer-songwriter to the psychedelic-influenced long-winded jammer. In this episode, we dig through the varied influences Walsh pulls from, discuss Barnstorm members’ individual contributions, unpack the multitudes Joe Walsh contains, and more.