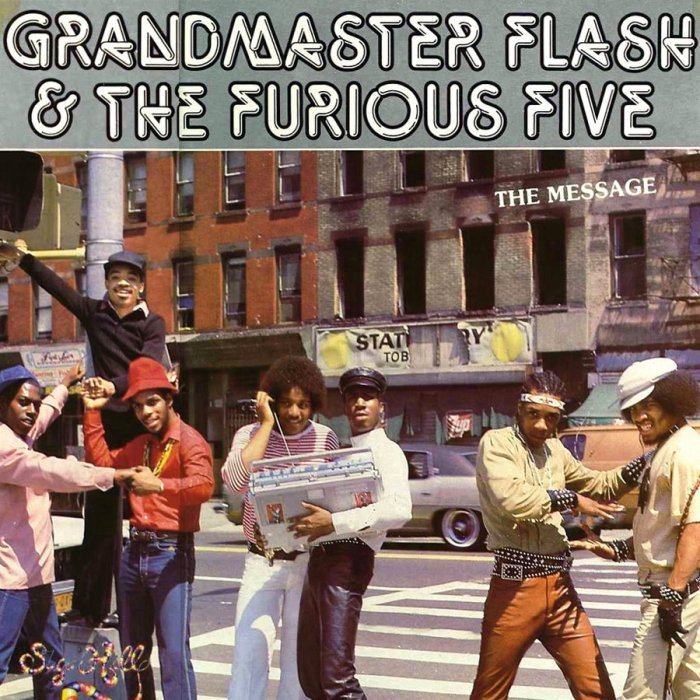 In 1982, Grandmaster Flash and the Furious Five released their debut album, The Message, but putting their sound to vinyl had been a long time coming. Formed in the south Bronx in 1976, prolific DJ Grandmaster Flash and his team of MCs (Melle Mel, Kidd Creole, Rahiem, Mr. Ness, and Keith Cowboy) started playing and rapping at house parties, with local fame and notoriety soon to follow. When “Rapper’s Delight” became the first hip-hop record to garner national attention in 1979, the door opened for the Furious Five to release their sound to the masses and come to commercial and critical success.

Released against a backdrop of an economically ravaged and crime-ridden New York City, The Message is widely heralded as the record that made social-consciousness a subject that could be covered by hip-hop. It’s an album that has received considerable praise, from creating a template from which hip-hop could expand, to setting technological standards by blending hip-hop and electronic music, foreshadowing the evolution of EDM.

In this episode, we examine The Message’s connection to modern hip-hop and rap, speak about the lyrical and musical techniques that excite us every time we listen to it, and take a look at the music that influenced the album, as well as what makes it an enduring influence on artists today.