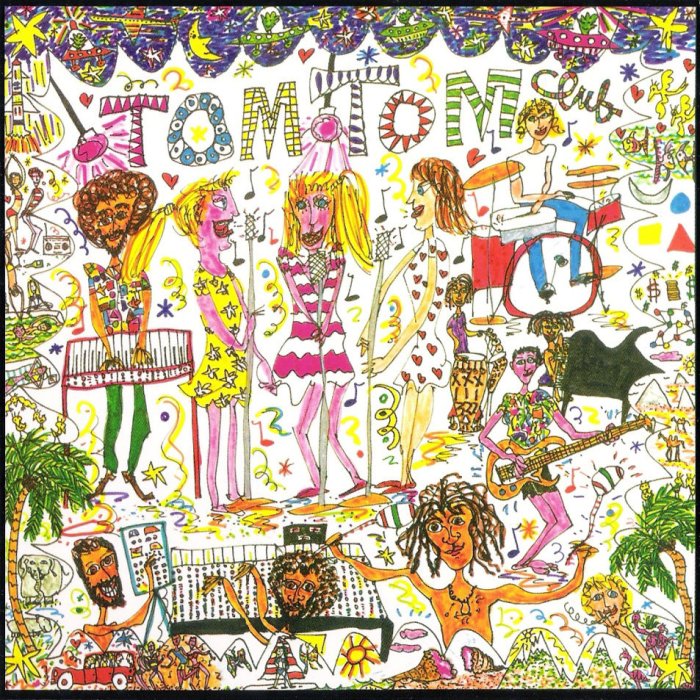 The year is 1981 and pop culture is exploding around the world — Raiders of the Lost Ark premieres, the wreckage of the Titanic is found, and Lady Diana Spencer marries Charles, Prince of Wales. The music industry is coming out of one of its worst slumps in decades, dealing with the backlash against disco music, and tucked away at Compass Point Studios in the Bahamas, bassist Tina Weymouth and drummer Chris Frantz of the Talking Heads record their first album as Tom Tom Club.

The album will become one of the most popular post-disco dance records of the ’80s and gross more than any of the four albums Talking Heads had released to that point. It incorporates international musical techniques and influences, giving the songs a flavor that expands the post-punk art rock sound Tina and Chris had established with Talking Heads, and sets the tone for the new directions that they would take in their musical careers.

While this album can definitely be dated to the early ’80s, we are in love with how it simultaneously sounds fresh and exciting to our millennial ears. In this episode, we explore the sound combinations that make this album the joyous thing that it is, discuss its legacy and relevance, and speak about why Tina Weymouth and Chris Frantz are two artists who inspire us big time.