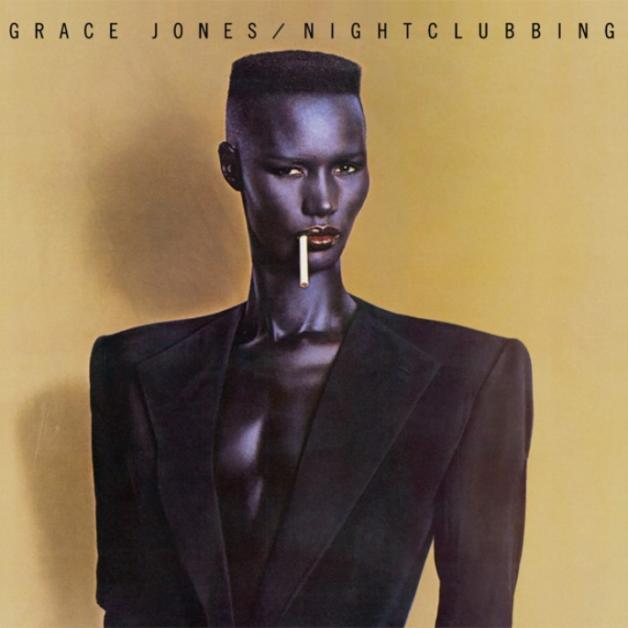 Music. Fashion. Art. Icon. Attempting to mix these to create an internationally acclaimed persona would be a daunting task for anyone with less magnetism than Grace Jones, who succeeded so overwhelmingly at becoming a cross-genre “It Girl” that she forged a path for future generations of singular artists to follow.

Already a well-known model and disco queen, Grace Jones began recording music in the late 1970s. The records did modestly well, but in 1979, Island Records founder and producer Chris Blackwell began working with her on a new musical aesthetic, combining funk, disco, reggae, and new wave styles to create something new — and uniquely Grace Jones. With the talents of Sly Dunbar, Robbie Shakespeare, Wally Badarou, Mikey Chung, Uziah Thompson, and other musicians who comprised the Compass Point All-Stars, the sessions that became Nightclubbing would go on to influence music through each subsequent decade.

As we seek to bridge the gap between the generations, there are few better examples of lasting musical, sartorial, and artistic inspiration than Grace Jones. In today’s episode on her 1981 album Nightclubbing, we explore the effervescent enigma of a woman who left her Jamaican home to travel the world, only to return to the Caribbean to create the music that would become the focal point of her legacy. We dive deep into the relationships between music and art, between the artist and the image, and between icon and legacy.